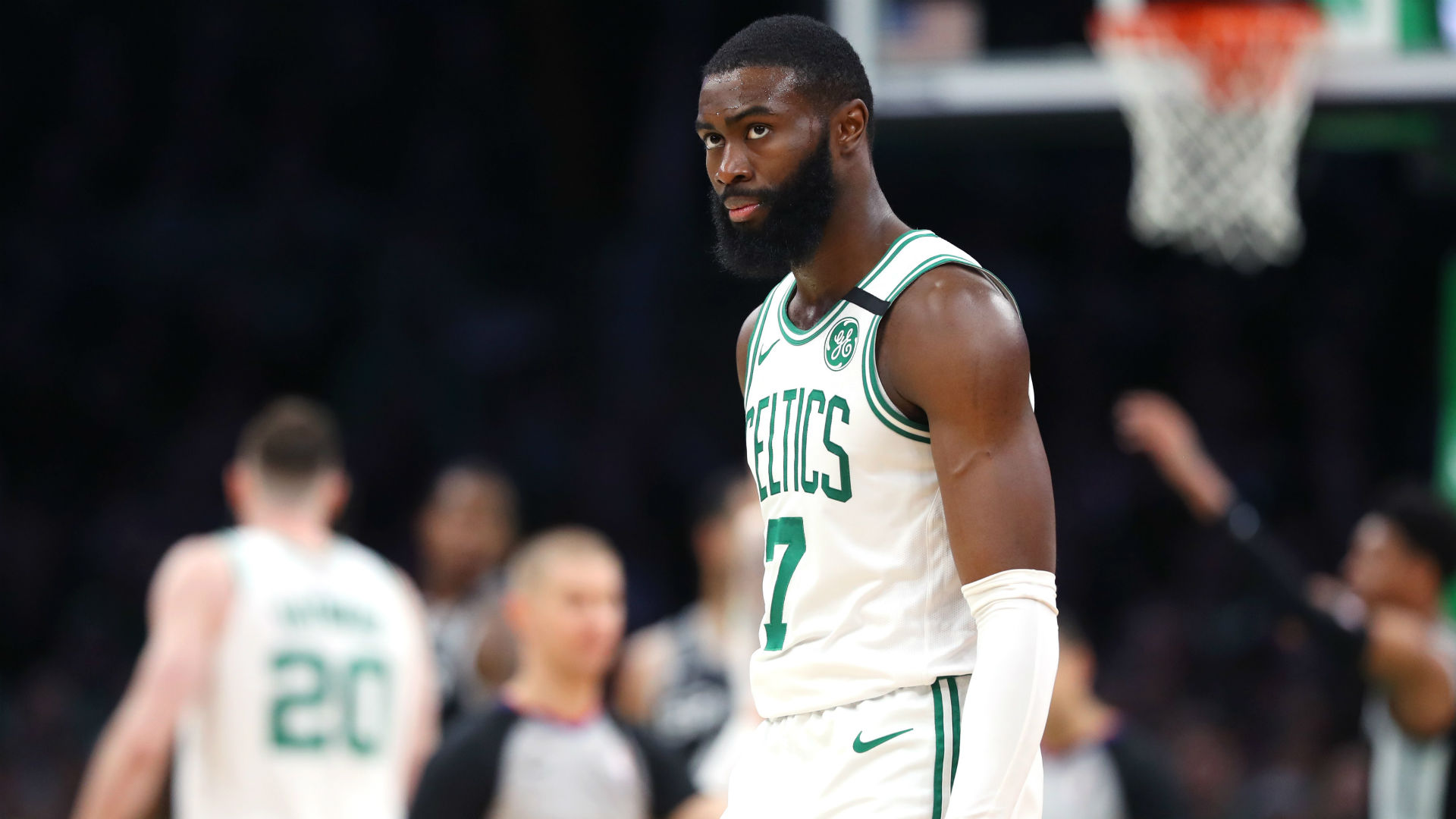 Between Gordon Hayward’s departure and Kemba Walker’s lingering knee injury, I believe this is the year that Jaylen Brown finally becomes a first-time All-Star.

Entering his fifth NBA season, Jaylen Brown is in the best position of his career to make the All-Star team. I’m not 100% sure if there will be an All-Star game this year, but I’m going to assume the NBA still announces All-Star players.

Brown barely missed the cut last season after having a career year. Brown finished the season averaging 20.3/6.4/2.1 on 48/38 shooting splits. Players like Ben Simmons and Kyle Lowry made the team over him. In my opinion, at that point in the season, Jaylen Brown had done more to make the All-Star team over those guys.

This year Jaylen will have a bit more competition for a spot on the roster. Not only will he still have to compete with those guys I mentioned above, but he’s also going to have to go up against Kyrie Irving, Bradley Beal, John Wall, Zach LaVine, Victor Oladipo, and Jrue Holiday. It won’t be easy, but Brown can have a better season than most of those players.

Jaylen Brown averaged over 20 points while only taking less than 16 shots a game. Not to mention, he was the third option for most of the season when Kemba Walker was healthy. Brown proved to be Boston’s most consistent player last season, and with a bigger role on the team coming his way, he needs to remain that player that Boston can always count on.

With the way things are looking with Kemba’s knee, the Celtics will go easy on him to start the year. It wouldn’t shock me if he didn’t play the first few games of the season and then sat out games here and there throughout the year. Boston needs to load-manage the crap out of Walker to get him healthy for the playoffs.

Realistically, who should make the All-Star team over Brown next season? I know we may have some breakout stars who make the team out of nowhere, but let’s think about who’s there already. Kyrie Irving, Trae Young, and Victor Oladipo should be locks for the East backcourt. People might be scratching their heads at Oladipo, but he was an All-Star two straight seasons before getting injured. If he’s healthy, he’s an All-Star.

Ben Simmons will be there too, but he isn’t as deserving making the team over Brown. The NBA will consider Zach LaVine and Bradley Beal because of their stats, but how their team performs will dictate whether they make the team or not. In my opinion, Bradley Beal should’ve made the team last year, so I kind of hope he gets in this upcoming season.

After having the best season of his career, I expect Jaylen Brown to have an even better season next year. Jaylen will have plenty of more opportunities to score the basketball with Hayward and his over 13 shots a game gone. Not only Brown, but the Celtics as a whole will have plenty more second-chance opportunities thanks to Tristan Thompson’s rebounding.

I expect Jaylen Brown to average 23.5/7/2 on 50/40 shooting splits. If Jaylen cracks 23 points and starts shooting 50% from the field and over 40% from deep, he should be a top candidate to make the All-Star team. The Celtics will be a top team in the East once again, so not only will Jaylen have the stats, but he’ll also have the team’s success in his back pocket to further prove why he should be an All-Star.

Time will tell if Jaylen Brown becomes a first-time All-Star this upcoming season, but his time is coming. Jaylen has a golden opportunity to make the All-Star team this year with everything that’s going on with the Celtics, and I believe he’s going to take advantage of this opportunity.

All-Star Jaylen Brown has a pretty nice ring to it.