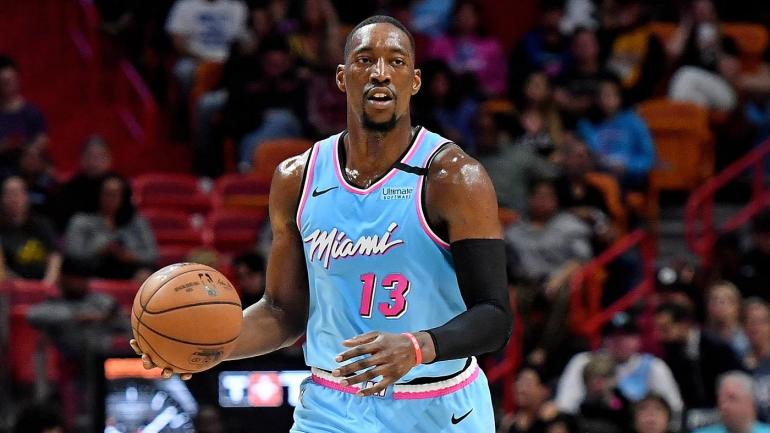 There’s a rumor going around now that the Miami Heat may not extend Bam Adebayo this offseason. According to Brian Windhorst, Miami might wait to give Adebayo a contract extension so they can save cap space for the 2021 free agency class.

“The Heat have the second-highest payroll in the NBA this season with several key players such as Goran Dragic, Jae Crowder and Meyers Leonard headed for free agency,” Windhorst said. “While they expect to save cap room to chase free-agent stars like Giannis Antetokounmpo in 2021 and might not extend young All-Star Bam Adebayo this year to help facilitate that plan, their spending for next year could be impacted by these financial factors.”

First things first, if not extending Bam Adebayo’s contract means that the Miami Heat can land superstar Giannis Antetokounmpo, this is a no-brainer for Pat Riley and the Heat. When one of the best players in the entire NBA is on the free-agent market, and you have a real chance of signing him, you have to do whatever it takes to make it happen, even it means not giving an extension to your up-and-coming All-Star big man.

Adebayo was having himself a breakout year in just his third season. The first time All-Star was averaging a career-high 16.2 points, 10.5 rebounds, and 5.1 assists per game before the season was suspended. He has definitely earned the money that will eventually come his way, but the Heat may put a new deal on hold for the time being.

“He’s not going to get a max contract in the offseason,” Windhorst said. “Even though I think he should, because the Heat are going to save money for the 2021 summer. That’s a storyline that I can almost guarantee for you: Bam Adebayo will not sign a contract extension this offseason.”

If Adebayo becomes a restricted free agent next offseason, which it seems like he will, you can bet there will be plenty of teams that will make an offer for the talented big man. You can bet that one of those teams will be the Boston Celtics. Gordon Hayward’s contract will come to an end that offseason, and instead of trying to re-sign the 17+ PPG scorer, they might decide to go after Adebayo instead. Danny Ainge might even have to work out a sign-and-trade scenario to make it work.

This is wishful thinking, of course, considering the Heat would be stupid not to match any offer that’s thrown at Adebayo. But the one thing that’s so amazing about the NBA is that anything can happen, and a team can change its course of direction in the blink of an eye. Who knows what will happen two offseasons from now, but if Bam Adebayo is on the market, the Celtics should be one of the top teams making an offer to the All-Star free agent.

If Miami decides to let Bam walk and not match an offer given to him, Boston would be an ideal landing spot for Adebayo. At 23 years old, he fits the timeline pretty well. He’d fit right into the starting lineup and would be the perfect big man to play alongside Jayson Tatum and Jaylen Brown. He averages over 16 points a game, but his playmaking and defensive abilities are what would make him lethal in Boston’s system.

Like I said, it’s wishful thinking, but if he walks, Boston should be one of the top teams on his radar. He’d still have the opportunity to evolve into the best player he could be become, be on a championship contender for years, and would get paid. That doesn’t sound like a bad situation to be in if you ask me.