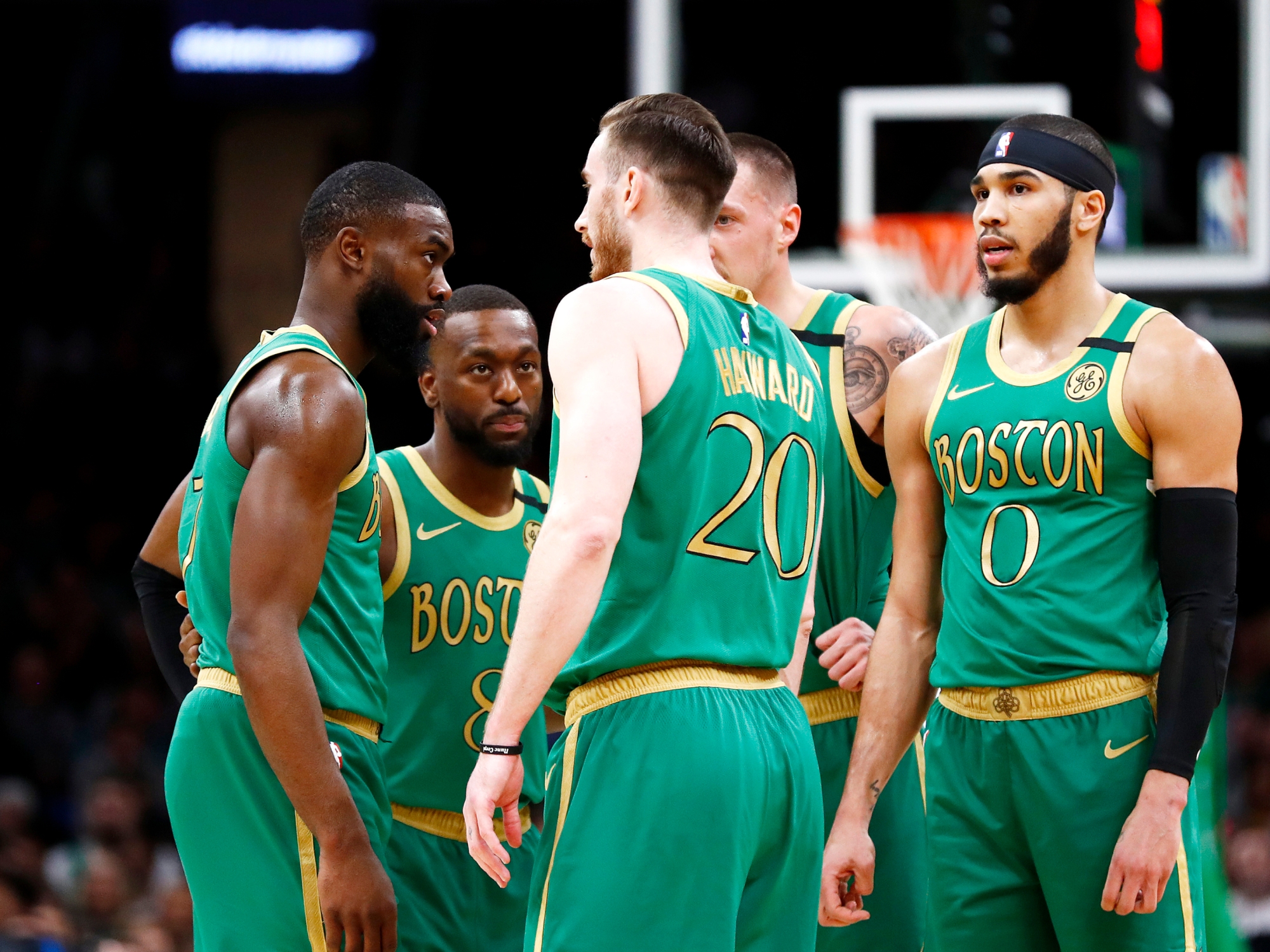 More NBA analysts are starting to believe that the Boston Celtics can make some serious noise in the playoffs. First, it was Mike Greenberg, and now it’s Jalen Rose.

"The most important thing that's going to happen in this bubble situation is not the lack of travel, it's the condensed schedule. … Boston is going to come cruising out of the East."@Espngreeny thinks the Celtics are the team to watch. pic.twitter.com/NYRQMTikyF

“The Boston Celtics should win the Eastern Conference this year.”- @JalenRose 👀☘️ pic.twitter.com/ZnWkUHeOO1

“In a neutral situation, the way the season is about to be shotgun started again, I’m taking the Celtics in the East,” Rose said. “I’m taking the Celtics in the East, because one of the great things about the Bucks – of course, their game does travel – but their home court was a huge advantage for them, a major advantage. If we’re playing pickup ball, and the Celtics and Bucks players are in the gym, I’m going to pick Giannis Antetokounmpo, but the next four or five picks are going to be Celtics. That’s my choice to come out of the East.”

When it comes to talking about the Celtics and how far they can make it in the playoffs, I stay as unbiased as possible. My expectation is for them to make it to the Eastern Conference Finals, but I also believe they can make it even further.

I agree with Mike Greenberg when he says that a condensed schedule would favor the Celtics. To fit all of the regular season and playoff games in, teams will have to play games close to each other, and they might have to play a few back-to-back games as well. This favors teams that are young, fresh, and have depth. Boston checks off all of those.

They have a starting five that can compete with any starting five in the NBA, plus a sixth man in Marcus Smart that can guard any position and does the dirty work for the Celtics. They have three players averaging over 20+ points a game, led by a 22-year-old Jayson Tatum, who’s averaging 23.6 points.

They have Gordon Hayward, who might not be like he once was, but still averages 17.3 points (50 FG%, 39 3PT%) as a fourth option. This team has four players who can go off for 20+ points on any given night. So if somebody is having an off night, you can bank on the other three to pick up the slack.

Jalen Rose makes a great point when he says that having no normalcy benefits the Celtics. There’s no home-court advantage. There are no Philadelphia, Toronto, or Milwaukee fans breathing down your neck. All they have to do is come in, play like they have all season, and they can make it to the NBA Finals.

Jayson Tatum has emerged into a star. Kemba Walker is an All-Star. Jaylen Brown has ascended as an All-Star caliber player. Gordon Hayward was a fringe All-Star before he got injured again, whether you like to admit it or not.

The Celtics are a tough team to match up with under any circumstance, considering they have already beaten almost every top team in the league this year. But these playoffs are going to be unlike anything we’ve ever seen, and this neutral-court situation does nothing but benefit the Boston Celtics.

I’m not getting all hyped up and starting to get my hopes up that the Celtics will just walk into the NBA Finals, but there’s a good chance they can make it that far. More people are starting to realize that you can’t underestimate the Celtics come playoff time. In all honesty, I want everybody to sleep on the Celtics. That’s when they’re at their best.