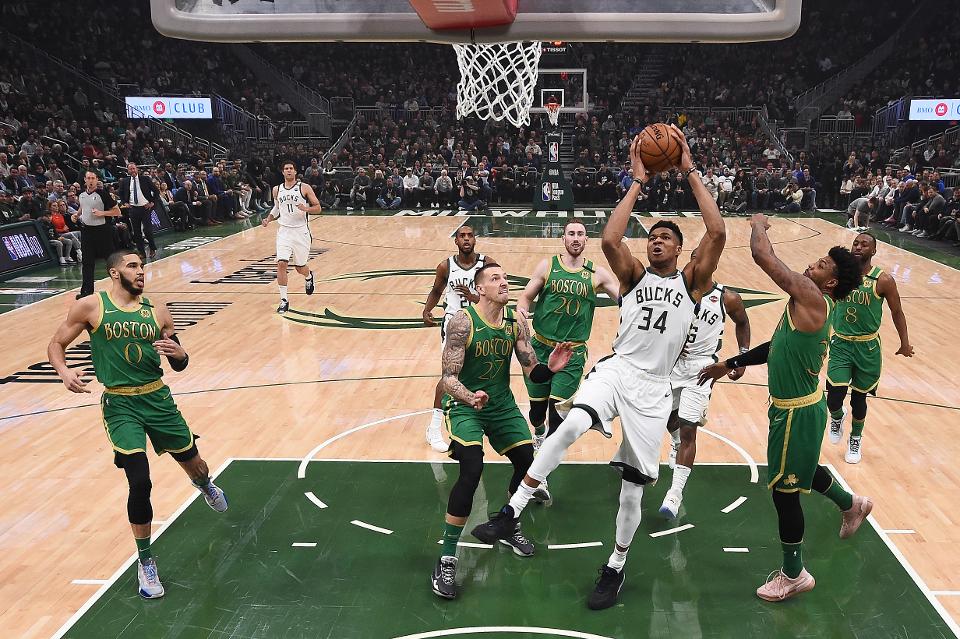 There are three things that are guaranteed in life: death, taxes, and the Boston Celtics getting wrapped up in trade rumors.

We’re 60 days removed from the last NBA basketball game, but that doesn’t mean the rumors have to end. The report that’s going around now is one that’d shake the NBA if it were to happen. The Warriors have been targeting Giannis Antetokounmpo for years, hoping to place him alongside the Splash Brothers, Steph Curry and Klay Thompson.

Since Kevin Durant left Golden State for Brooklyn, it’s no surprise that the Warriors would be targeting another superstar small forward to take his place. The Warriors tried experimenting with D’Angelo Russell but ended up trading him to Minnesota for Andrew Wiggins and a valuable draft pick.

The Warriors have what it takes to land the superstar, but the question is, why are the Celtics involved in this? Why would the Celtics trade for a superstar forward when they already have one? It’s the same song and dance, except this time it involves the reigning MVP. 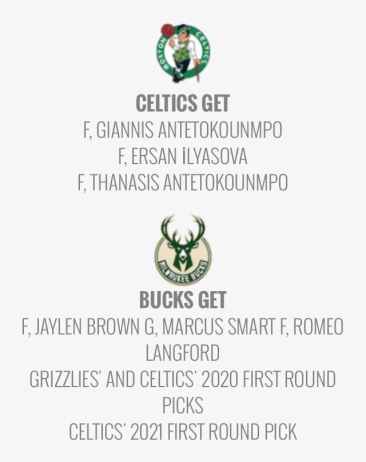 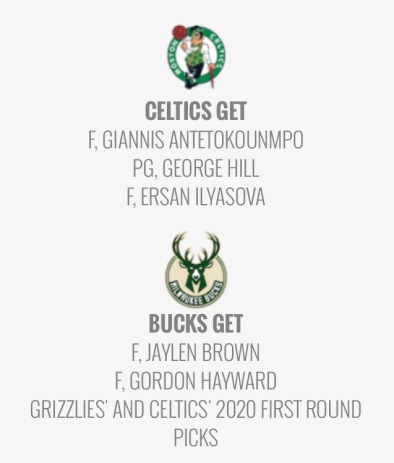 Let me start with this: the Celtics aren’t trading for Giannis Antetokounmpo. It doesn’t make sense for either side, and the Celtics wouldn’t have enough to pull it off, in my opinion. They two trades that were proposed don’t include the one player Milwaukee would covet the most from Boston: Jayson Tatum.

The good news is that Danny Ainge isn’t trading Jayson Tatum, so there’s that. If Milwaukee is going to trade Giannis, they aren’t going to trade for pennies on the dollar. They would get a haul back for Giannis, including many draft picks and several young players.

The Bucks wouldn’t accept a trade of Jaylen Brown, Gordon Hayward, and picks for Giannis. I’m sure they’d be fine taking Brown in return, but they wouldn’t want Hayward. Why take on all that money for a player that has an injury history and is five years older than the player they’re trading away?

Substituting Marcus Smart for Hayward makes it more enticing, but the picks included in these trades would be worthless to Milwaukee. These aren’t even lottery picks Boston is sending out. If they wanted to match or make a better offer, the Celtics would have to trade 5/6 first-round picks, as well as including valuable players like Jaylen Brown.

The Celtics have draft picks and players to offer, but gutting an entire roster for one player isn’t worth it. We’ve talked about this before when trade rumors with Kawhi Leonard, Paul George, and Anthony Davis came up. Why trade a collection of valuable players for one who might leave in free agency?

The thought of Giannis Antetokounmpo even coming to Boston is ridiculous. Both the Celtics and Bucks aren’t in a position where they need to make a blockbuster trade to take it to the next level. Boston’s missing key bench pieces and veteran leadership. They don’t need another star player. Milwaukee doesn’t need to make any trades, they just have to hope they continue to compete at the highest level in order for Giannis to want to stay. If not, then they’ll have to deal with that when the time comes.

Let me know what you think of these trade rumors, and tell me who you would include in a trade package for the reigning MVP.