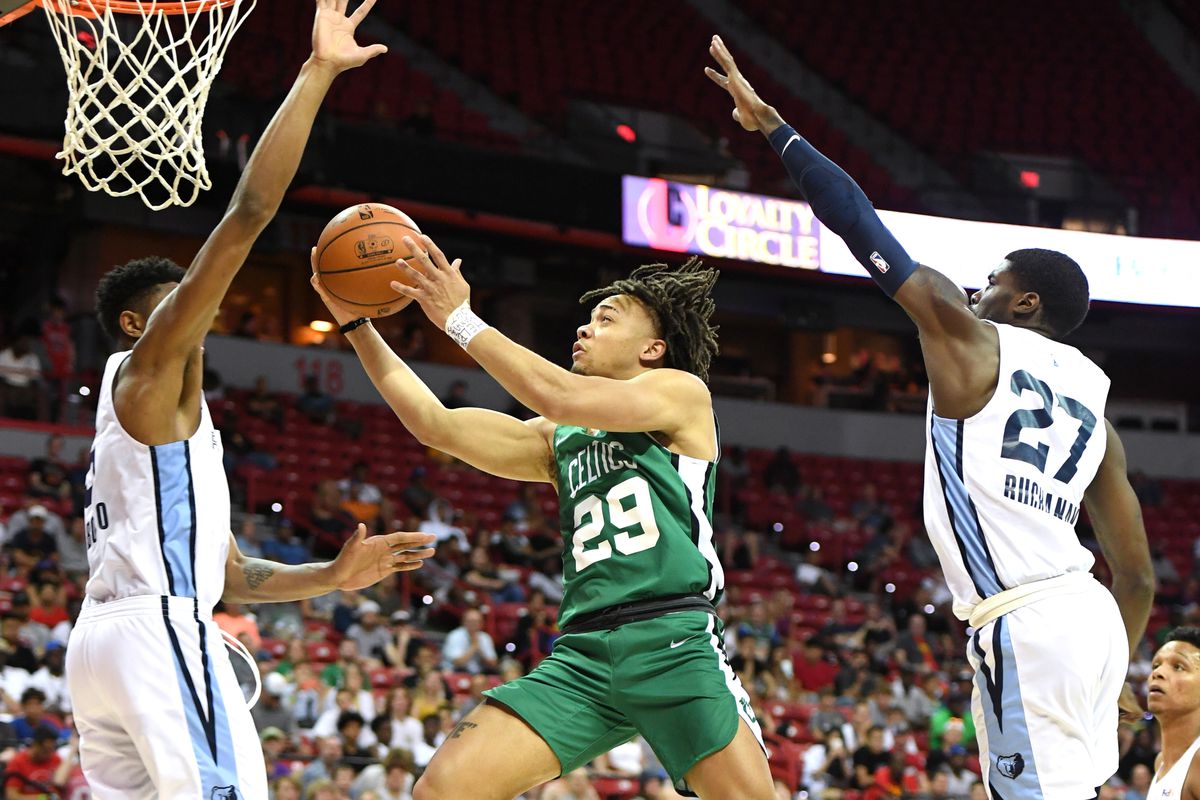 What I’ve learned from these rookies so far, or at least from the ones that have played, is that all they want to do is win. Both Grant Williams and Carsen Edwards said in different interviews that they just want to help the team win in any way possible.

I love the attitude from Carsen Edwards and all the Celtics’ rookies so far. These kids really want to help the Celtics win. They’re re-establishing the culture. pic.twitter.com/fibZU0TtCH

Grant Williams is going to become a fan favorite quickly in Boston. pic.twitter.com/szx8MZZMP8

This is the type of attitude you want to see from your rookies heading into their first NBA season. Obviously they know what happened in Boston last season and they don’t want a repeat. They know that here in Boston, the most important thing is winning, and if they can help lead this team back to the top, they’ll be universally loved in the city of Boston.

Not only does their attitude, humbleness, and confidence get me excited about their future, but so did their play on the court. In five summer league games, Carsen Edwards put on an absolute show. He averaged 19.4 points, 3.8 rebounds, and 1.4 assists per game while shooting 48% from the field and 47% from three. Carsen also averaged the most points per game for a Celtics player in summer league since 2004.

Carsen Edwards has the potential to be the steal of the draft. So happy the Celtics finally signed him to a four-year contract. pic.twitter.com/O6RT5Jcq8Z

Grant Williams had himself an excellent showing in summer league too. He averaged 13 points and 6 rebounds per game while shooting 47% from the field. Tremont Waters also had a couple great games, and he put together averages of 11 points, 5 assists, and 2 steals per game.

And I know about Tacko… but until he gets a contract or anything from the Celtics, I can’t get my hopes up.

My feeling is that these rookies (Grant and Carsen especially) will make an immediate impact on the team next season. With Carsen’s scoring ability and Grant’s high basketball IQ, they can make an impact in Boston right away. Romeo still has some time to get adjusted to the NBA and get fully healthy, but I have plenty of confidence that he can become another incredible scorer off the bench next to Carsen.

The Celtics will be a lot of fun to watch next season, but we already knew that. Seeing the way the rookies played and acted in summer league just adds on more excitement. Hopefully, their summer league play translates over into the actual NBA. If the rookies can help our starters out and strengthen our bench right away, that will be a good sign for things to come.