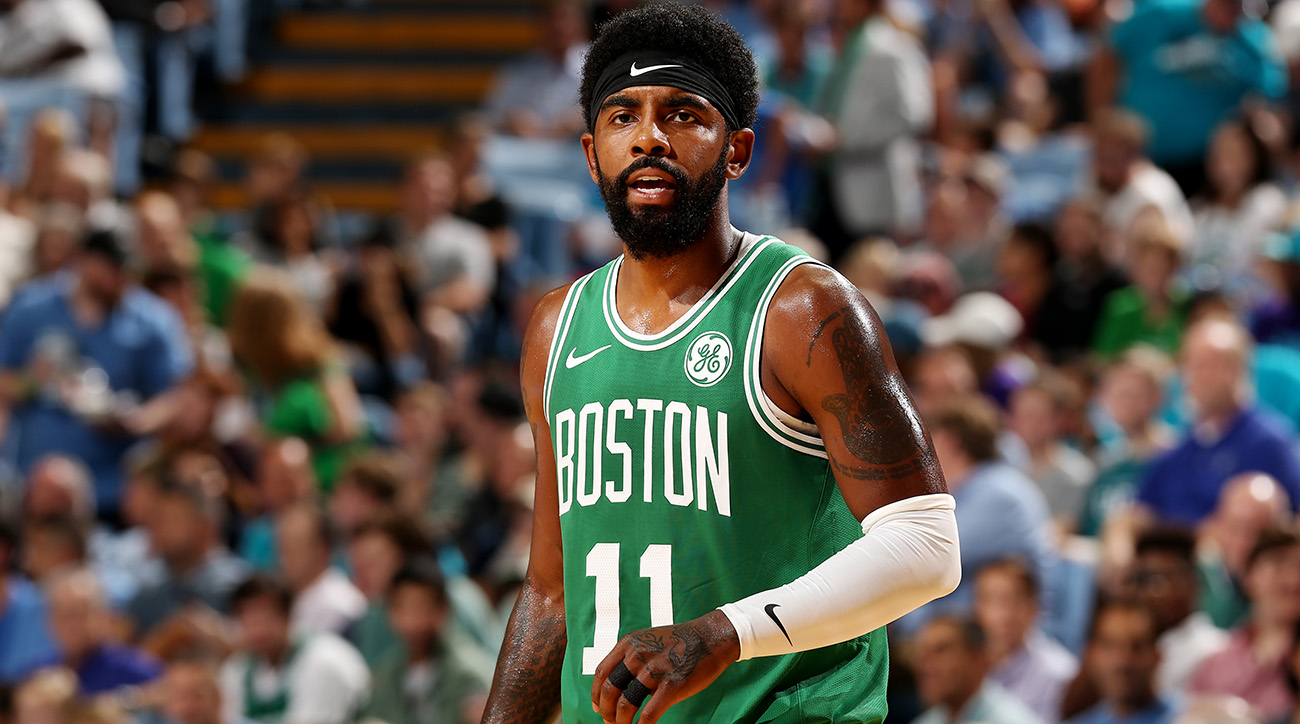 In the last article that I published, Why Kyrie Irving Won’t Leave the Boston Celtics in Free Agency, I gave every reason why I believe that Kyrie Irving will stay in Boston this offseason. Of course, that article came with optimism that he will re-sign because that’s what I want him to do. This article isn’t one where I use sources or go off of quotes said by members of the media or whoever. This piece is my personal opinion about why Kyrie Irving will leave the Boston Celtics in free agency. So let’s jump right into this.

In my last article, I covered several reasons why Kyrie wouldn’t leave Boston. These reasons include:

It’s no surprise this past season was viewed as a massive failure in the eyes of many people, including the players themselves. Kyrie Irving is pissed how the season went and all of the issues that came along with it. Because of this, maybe Kyrie feels Boston isn’t the place for him and wants to leave.

Kyrie didn’t get the choice to decide where he was going to be traded to. He gave the Cavaliers a list of preferred destinations, but at the end of the day, the organization made a trade that they felt was best for the team. Although there was a rumor that Kyrie did want to come to Boston, it wasn’t like free agency where he can look at different organizations and make his own decision. He can do that now, and if he tests his options and meets with various teams that want him, he may find himself better suited on one of those teams.

Although it was a small sample size, if this season proved anything, it’s that Kyrie Irving isn’t ready to be a leader. I’m not saying he’ll never be one, but right now it doesn’t seem he’s comfortable being in that role. If he decides to go somewhere like New York (with KD) or Los Angeles (with LeBron), he won’t have to worry about being the number one guy on a team. He doesn’t have to handle all the pressure when it comes to the media, or even on the court. He doesn’t have to worry about all the blame being put on him.

And last but not least, Kyrie just got tired of Boston and his teammates. We saw how miserable he was in the second round of the playoffs and throughout the year. It seemed he shut down and gave up on the season before it even ended. He’s sick of the drama and everything that happened during the season and wants a fresh start. The chemistry wasn’t there, and although I wouldn’t blame it entirely on Kyrie, Terry Rozier did mention that players had to work around his playstyle. That playstyle didn’t always work for the team and affected the game of other players.

Since Kyrie came to Boston, the expectations kept growing and growing. It turned into championship-or-bust, and in Kyrie’s first two seasons in Boston, they’ve been busts. The first season shouldn’t count because of all the injuries and the fact he couldn’t compete in the playoffs, but this year, there were no excuses. We finally had everybody back and healthy, and the season was still a major disappointment.

The expectations and pressure of being a leader on a championship-contending team will ultimately be the reason Kyrie Irving may leave Boston, I believe. If he goes elsewhere to play with another superstar, he doesn’t have to handle all that pressure of being a leader, but the expectations of winning a championship would remain the same, if not become greater.

If he runs it back with Boston, it’s because he wants to prove he can be the leader on a championship team. If he does leave Boston, it’s because he doesn’t want that responsibility and just wants to ball. At the end of the day, the choice is his and nobody can tell him different. If he goes back on his word and all that he said about Boston and being a leader, he’s only going to ruin his own image. Like he cares, but my respect for him would be lost if he decided to jump ship because he couldn’t do it all on his own.