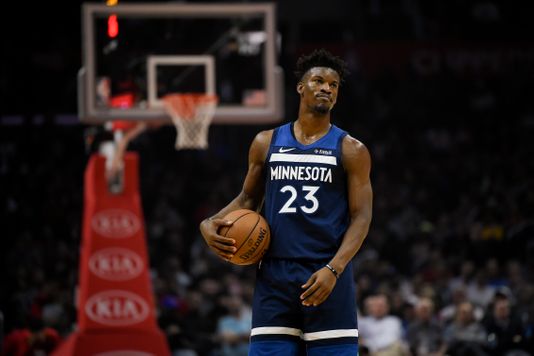 Happy Saturday! Who thought they’d start their day off with the blockbuster trade people were wondering was ever even going to happen? Well, Jimmy Butler has finally been traded, and he is now a member of the Philadelphia 76ers.

The Minnesota Timberwolves sent Jimmy Butler and Justin Patton to Philly in exchange for Robert Covington, Dario Saric, Jerryd Bayless, and a 2022 second round pick. The 76ers fleeced the Timberwolves, given Jimmy Butler’s superstar value. On top of this, Jimmy Butler and Philadelphia are expected to reach a new deal this offseason. Philadelphia brought in Butler to form a new big-3 in the NBA, alongside Ben Simmons and Joel Embiid.

Jimmy Butler and the Sixers fully expect to reach a deal on a long-term contract this summer, league sources tell ESPN. Sixers made deal with plans to add Butler to a Big Three with Joel Embiid and Ben Simmons.

So, what does this mean for the NBA, or more specifically, the Eastern Conference? Well, things just got much more interesting. The East got another star player in their conference joining a team that was expected to be a top-3 team in the conference already. I can’t wait to hear all the storylines coming out of Philly now. Jimmy Butler is going to get on Markelle Fultz and Ben Simmons for having no jumpshot whatsoever. Jimmy Butler will be the peanut butter to Joel Embiid’s jelly. They will be an incredible dynamic duo.

My only concern: where’s the shooting on this team now? They have JJ Redick, of course, but they traded away the next best shooters in Covington and Saric. Saric was shooting 44% from three on the season, and Covington was shooting 39%. The team is ranked 21st in the league for three-point percentage. Will Butler, Simmons, Embiid, and Fultz work together? Probably. But the shooting is a major concern for a team that already was struggling from three, to begin with.

If you’re a Philly fan, congratulations. You just traded for one of the league’s best players for only a few role players and a second round pick. Did the 76ers get better? Yes, absolutely. Are there still some concerns that will come about later on? Probably. But for now, get ready for the NBA’s next big 3.