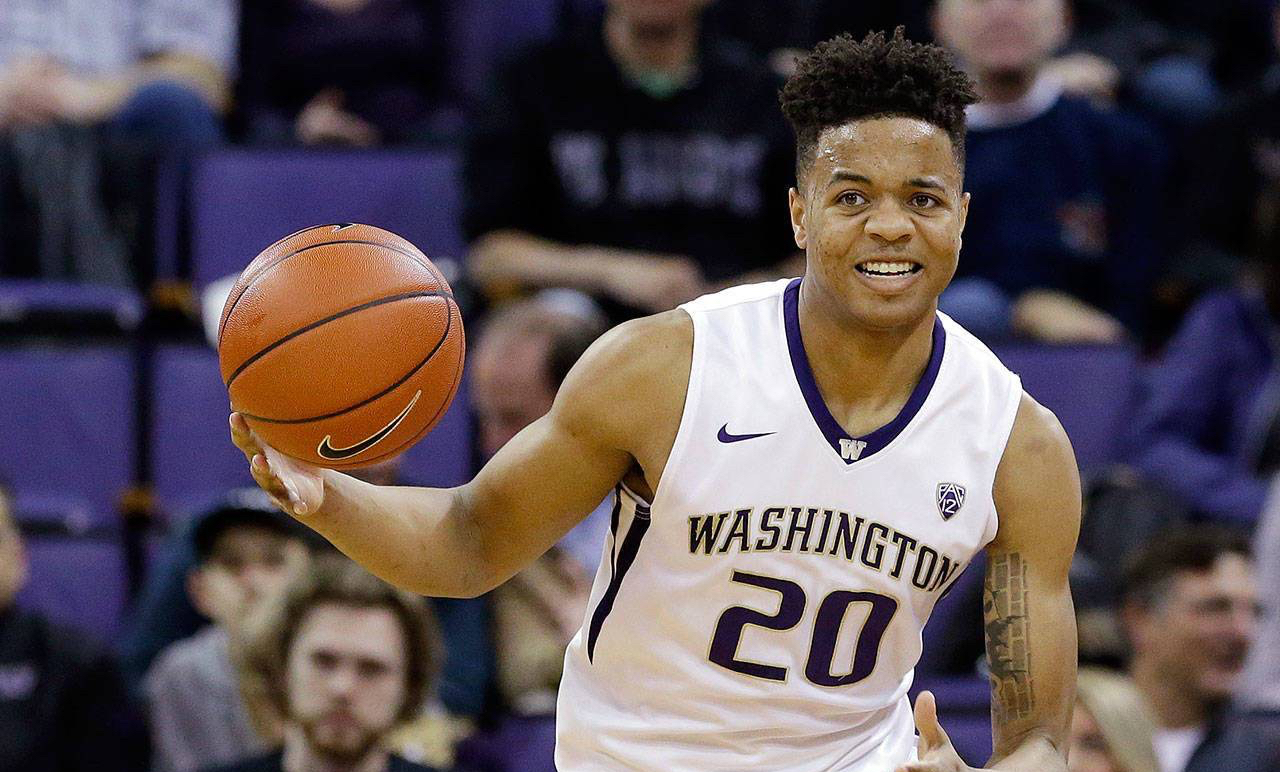 In all my years of being a Celtics’ fan (19 long years of them), I’ve lived through some great Celtic memories and some bad ones. I’ve lived through terrible decisions that were made by Danny Ainge, and some that worked out in our favor. Right now it’s rumored that Boston and Philly are working on a deal that revolves around the 1st and 3rd picks in the draft. That would mean we don’t get Markelle Fultz. All rumors aside, we need to have a talk. No rumors, no speculation, just facts, and reasoning.

So far Markelle Fultz is the runaway to be the first overall selection in the NBA Draft. Josh Jackson’s name has been thrown around, but Fultz is the real probable number one pick. Now it seems teams that have a chance of getting Fultz has fallen in love with him. The Lakers and 76ers are two of those teams. Magic Johnson loved his workout and was blown away. I’m not too sure if Philly worked out Fultz, but I’m sure they’re believing the hype surrounding this kid.

Danny Ainge has the opportunity here to select a guy that will be a star in the NBA. His ceiling is on another planet and has the potential to be the next big thing. His confidence alone should make any fan of the team that selects him to fall in love with him. Now it’s typical that trade rumors pick up around this time of the year. The NBA Finals just ended, and the draft is less than a week away. Of course, the Celtics were going to be thrown around in these rumors. They have the number one pick, so that means Danny’s phone is ringing non-stop. Danny can entertain these offers, but trading that draft pick and passing on Fultz would be the dumbest move he’s made as a GM so far.

Markelle Fultz can make an immediate impact on any team that selects him. Now, of course, we have Isaiah running the point guard for now, but Fultz can contribute plenty off the bench or as a shooting guard. In 5 years from now when LeBron and the Cavs have run their course, and the Warriors dynasty is all but complete, Markelle Fultz and the Celtics will be ready to strike. By that time Isaiah Thomas will be out of his prime and will likely be handing over point guard duties to Fultz, who will be five years deep into his NBA career and ready to lead Boston to multiple championship banners. The thought of Markelle Fultz and Jaylen Brown holding up the Finals and Finals MVP trophies makes my mouth water, and it should do the same for all Boston fans. I don’t know if Danny doesn’t see the same thing or is having a hard time imagining Fultz being the face of our franchise, but if he is having a hard time believing that, listen up. The reason why these teams want our pick is because they know the star-power Markelle Fultz will someday have. They know just how good he will be and want to bank in on his success. Trading a guaranteed star away for a lower pick and later first round pick(s) from a team that may be competing with us in a few years time is just ludicrous.

Let’s think about it this way. Let’s say we do trade the number one pick to Philly. They take Fultz. Now they have Fultz, Simmons, Saric, Embiid, and Okafor. On top of that, they have enough money to sign close to two players to max contracts. If the Sixers take Fultz, teams might want to hear Philly out and hop on the process. Now all of a sudden the Sixers become a team that not only will contend for a playoff spot in a few years but may even compete with the best of the best in the Eastern Conference. If the Celtics get a first round pick from Philly, it might succumb to nothing. That would be an absolute nightmare for Boston, a nightmare that could’ve easily been avoided.

There will still be plenty of options at three if we make the deal. Jayson Tatum, De’Aaron Fox, Josh Jackson, Dennis Smith, etc. will be available. Josh Jackson’s name was thrown around earlier in the week as another option for Boston at number one. He’d surely fall to three if we traded down, but is he the reason why the trade is as “serious” as it is? Josh Jackson and Jaylen Brown are very, very similar players. I can’t see Danny selecting the same kind of player two years in a row. That’d be ridiculous and leave a lot of people scratch their heads in confusion, including me. He’d be my guess as to who’d we take if we traded down, but you never know with Danny. If the Celtics did trade down for the third pick, I’d like them to select Jayson Tatum. He’s by far the most NBA ready out of anybody in this draft. Although I don’t think he has the same upside as someone like Fultz, Tatum will be one of the few stars that come out of this draft, in my opinion, and will be a monster on the offensive end.

Hear me out Boston fans. There may be some of you that think we should trade down in the draft. I’m not one of those people. I’m all for Markelle Fultz, the next best point guard in the NBA. He’s being hyped up as much as he is for a reason and the reason is that he’s going to be something special one day. I’d much rather watch him tear up the league in a Celtics’ uniform rather than any other uniform. If we trade that pick and pass on Fultz we will regret it down the line. I’ve said in the past that I trust Danny and believe in what he does, but please don’t be stupid here. Don’t overthink the obvious and just please do the right thing. Markelle Fultz was born to be a Celtic and it shouldn’t be any other way.