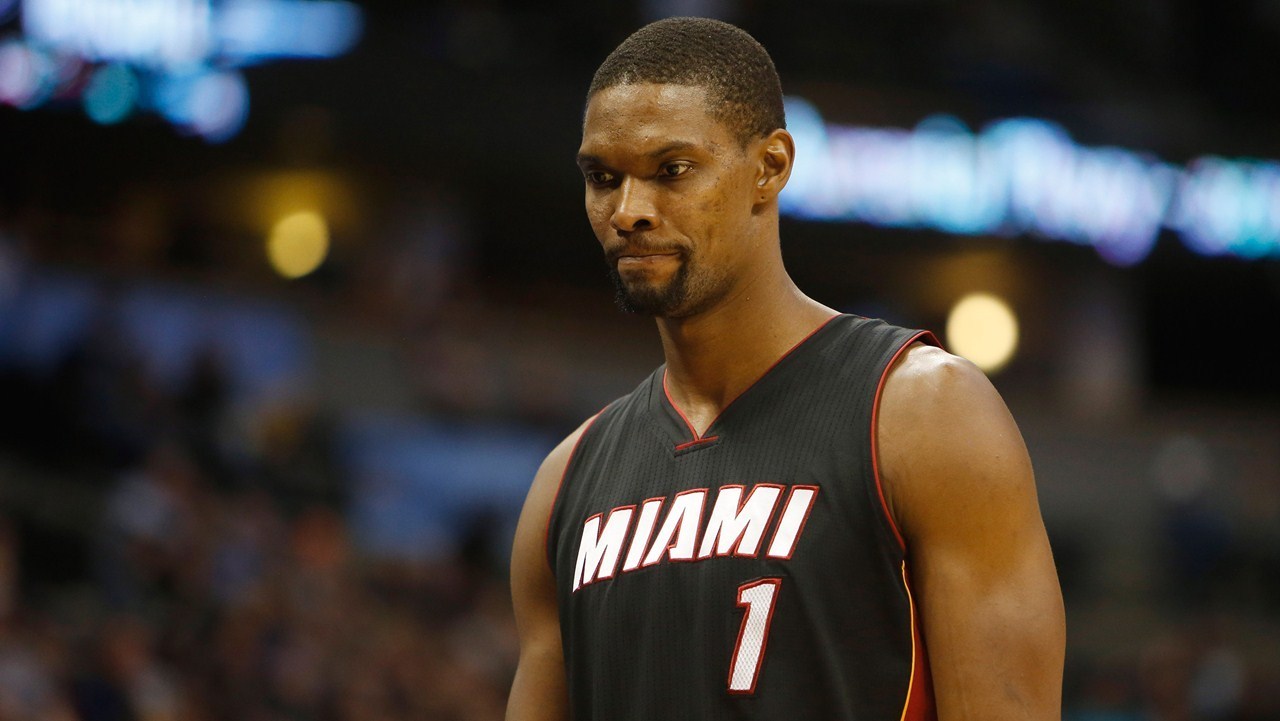 Earlier today reports came out talking about how Chris Bosh’s long-awaited comeback to the basketball court has come to a halt. Doctors have found more evidence of blood clots in the Miami Heat forward’s body. Blood clots have been a huge issue for Bosh, sidelining him twice over the past few years. After his first problem with blood clots, he came back, only to be sidelined again with the same issue.

Chris Bosh’s luck has been terrible when it comes to blood clots. He’s been working his ass off to make another comeback, only to be told he can’t because there is some evidence of clotting in his lung. Doctors informed him that he would not be able to take part in Miami’s training camp. As upset as Chris Bosh must be after being told he can’t play the game he loves, he has to understand that his life is on the line. Blood clots are a serious issue, and Bosh shouldn’t be taking this matter lightly.

Thoughts of retirement have been thrown around here and there when he previously got diagnosed with the blood clots, but now retirement might be a real option. If retirement is not an option for Bosh, the Heat might cut ties with him.

It certainly is a crappy situation for both sides. Chris Bosh still has three years left on his five-year, $118M deal, and Miami surely doesn’t want to pay a player all that money if he isn’t playing. The Heat can take all that money off the books if the doctors believe Bosh’s career is over. If Miami could make Bosh retire, they would, but he is still very confident that he can come back and play.

If I have a say in any of this, I’d tell Bosh to call it quits. Although it’s easier said than done, I hope Bosh makes this decision. I can’t imagine the position Bosh is in right now, being at a crossroads between playing and walking away from the game that he loves. If the 11-time All-Star still believes he can play and will do whatever he can to be healthy, but he can’t get his hopes up that he can still play. After years of having issues with blood clots, doctors will be very reluctant to allow him to come back. I hope the best for Chris Bosh, and hope he can still play, but he needs to think about his future, which he may not have if he continues to play.