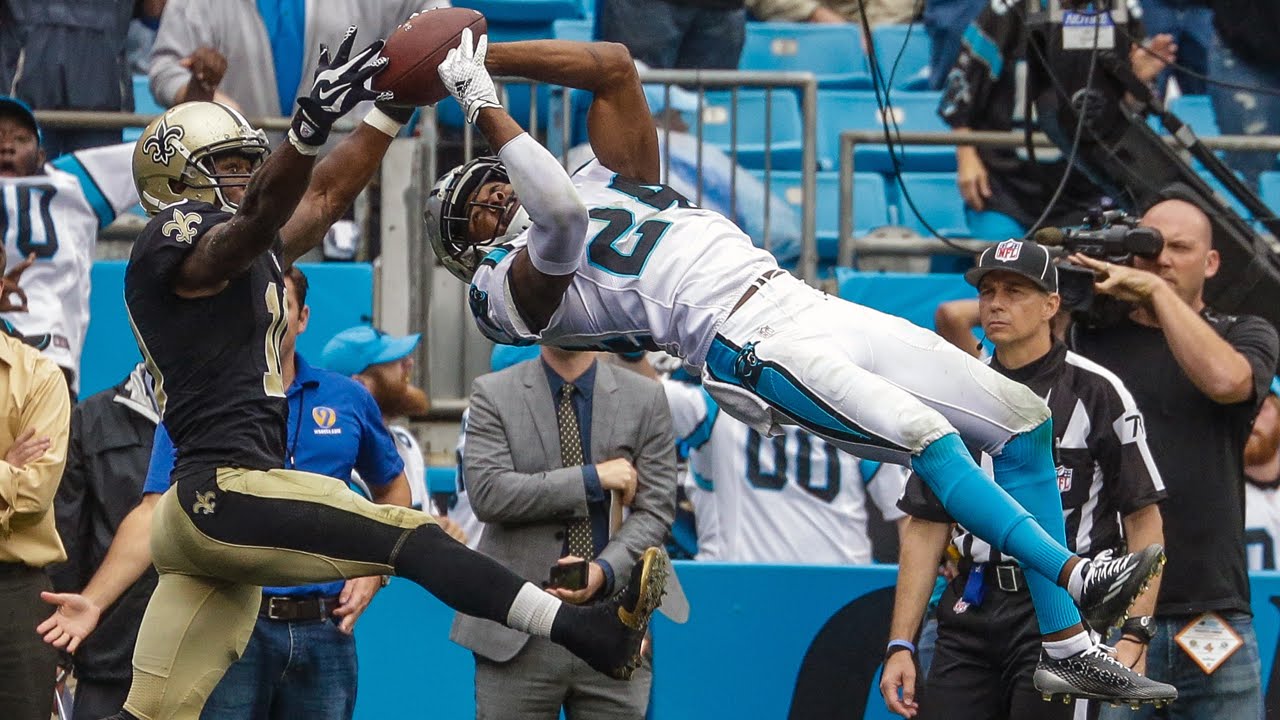 It was reported a few days back that the Carolina Panthers released CB Josh Norman from his franchise tag. After this shocking announcement was made, tons of teams in the NFL became interested in signing the big-name free agent. Although lots of teams have shown interest, which teams have a real chance of landing arguably one of the best cornerbacks in the NFL?

With Will Blackmon, Bashaud Breeland, and Chris Culliver leading the charge as Washington’s top cornerbacks, Norman would be a nice addition. The Redskins currently have $11 million in cap room, but they could add on another $5.5 million if they release fellow cornerback Chris Culliver. That could pile up enough money to make an enticing offer to Norman. Plus he’d be in the same division as Odell Beckham Jr. Who wouldn’t want to see these guys face off twice each year?

The New York Giants would be a fun team to follow if Josh Norman signed here. With the beef between Beckham Jr. and Norman, it would be fun to follow along. The Giants currently have $22 million in cap space and could definitely make a serious offer. They could pair Norman alongside new Giant Janoris Jenkins and could possibly make up one of the better cornerback combos in the league. But seriously, if Odell and Norman end up on the same team I’d love to catch a practice and just watch them go at it.

The 49ers are not good, let me just say that. If Josh Norman signs here it’ll be because the 49ers could pay him the most money out of any team offering thanks to their $52 million in cap space. It wouldn’t make much sense for Norman to go from a team that made it to the Super Bowl to a team that may not even make the playoffs next season. But hey, money talks.

The Jacksonville Jaguars could be a nice fit for Norman. The Jaguars are a good, up-and-coming team that could make some noise next season. With the addition of Prince Amukamara this offseason, adding Norman would bolster their cornerback position. Plus with their $50 million-plus in cap space, they could definitely offer him a contract he’ll consider.

I put the Cowboys on this list because it’s the Cowboys. Of course, they’ll try and find a way to sign Josh Norman. Dallas is no stranger to attracting free agents, and adding Norman could help make Dallas’ defense one of the scariest in the league. Although they only have $7 million in cap space, I’m sure they will somehow find a way to clear enough cap to offer him a contract and pair him with cornerback Orlando Scandrick, who is expected to return from injury early in the season.

Yes, I know the Panthers just released Norman of his contract, but it wouldn’t be the first time a player has been released from his contract and then came back. The Panthers could just have let him go so he can see what other teams are willing to pay him. Norman could find that teams aren’t willing to pay as much as the Panthers are and decide to come back. It could happen, so don’t be surprised to hear about him making a return to Carolina if teams aren’t offering him the money he wants.

In my own personal opinion, I couldn’t tell you where he could go. I’d love him to go to Washington. I do believe that whatever team offers him the most amount of money he’ll take it. At 28 years old Norman needs to take as much money as he can. This could be his last chance to make big money in free agency and he needs to take advantage of it.