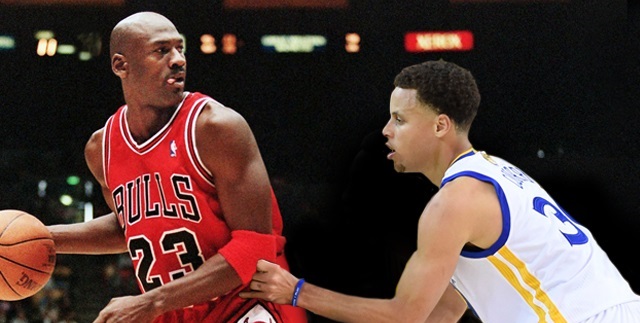 Everybody knew the defending NBA champions, the Golden State Warriors, would have another great regular season like last year. Going 67-15 in the 2015 season, some predicted the Warriors could possibly have the same record if not a better one. Well with six games left in the regular season, the Warriors currently stand at 68-8. All season people were comparing them to the 95′-96′ Chicago Bulls and how they could break their single-season record of 72-10. The Warriors need just four more wins to tie and five more to break the record. Chasing 73 seemed like a feat no team could top, but the Warriors could do just that.

So far this season the Warriors have lost only eight games. These losses came to the Bucks, Mavericks, Nuggets, Pistons, Trailblazers, Lakers, Spurs, and most recently, the Celtics. All these losses were away games, except for the Celtics’ loss. The Celtics snapped the Warriors’ 54-game home winning streak, their first loss since January 27, 2015. Out of all their regular-season losses, this was one of the most shocking (Lakers were most shocking… Like really, the LAKERS?!). As a Celtics fan, I believed we could win but knew it would be tough since the game was held at the Oracle Arena. And as a pure basketball fan, it was one of the most exciting games I’ve ever watched; the most exciting since the Celtics/Warriors 2OT showdown in Boston back in December. Out of these eight teams, only one of them has clinched a playoff spot (Spurs; Celts are one win away). The rest are either eliminated from playoff contention or fighting for a final playoff spot. This can show that the Warriors play better when playing better teams.

Going off of that statement, let me talk about their regular-season victories. There are a lot of them, but I want to bring up the most impressive ones. A 34-point victory over the Cavaliers in Cleveland, a 30-point victory over the Spurs at home, and a season sweep over the Thunder (2 at home, 1 away) all top the list. Wins over the top teams in each conference are pretty impressive, especially when they’re by such a large margin. In every game, the key Warrior players played well. With Draymond Green nearly dropping five triple-doubles while Klay Thompson and Steph Curry average 19.4 and 35.4 points, they’re a tough team to beat.

The Warriors will face off against the Trailblazers, Timberwolves, and then the Spurs and Grizzlies twice in their final regular-season games. They need to win five of these games to break the record. Assuming Steve Kerr doesn’t rest any players, or key players, at least, I believe breaking the record is doable. I expect wins over the Blazers and Timberwolves, as well as the Spurs and Grizzlies since Popovich will most likely rest his starters for the remaining games of the season and the Grizzlies won’t be 100% healthy. Plus, four of those six games will be at home for the Warriors, where they are still 37-1. But you never know; the Lakers did beat them this year, so they could get upset once again.

I’m sure the Warriors are just as motivated to break the 72-10 record as they are to win another NBA title. This is something the Warriors never expected to accomplish coming into this season but sure as hell would love to do going into the playoffs. Breaking a record like this would cement them as one of the greatest teams of all time, as well as cementing Steph Curry’s legacy in the NBA. Steph Curry will most likely win the MVP award for the second straight season, and being the best player on the team with the best regular-season record in NBA history is illustrious. If this happens, and the Warriors win a second straight title, expect to start hearing all these Curry-Jordan comparisons.